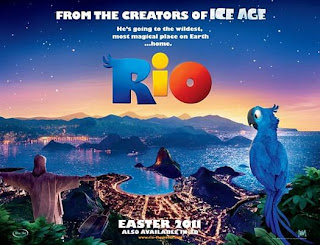 Brazil is hot property right now, so has the latest Hollywood Brazilian exploit done it justice?

Here is the thing: usually films portraying Brazil are rubbish. They tend to depict a substandard quality of living so insane you would think it is some God forsaken place where people are dying of hunger or because of civil war. The reality is: Brazil does have slums and rough patches just like any other country. You go right ahead and try to walk in the wrong parts of London, Birmingham or Manchester at the wrong time of day and see if it is any different. Here is where you make a mental note: as a Brazilian, I can tell you my country is crap, but in general Brazilians do not take it lying down when someone else (specially non-nationals) say the same. I know that does not sound like much, but there are over 190 million of us. That is over three times the UK population. Sao Paulo alone is three times the size of London with over 19 million.
﻿
﻿

Ranting done, lets get back to the movie...

Credentials: By the creators of "Ice Age" and pulling big names like: Anne Hathaway (Devil Wears Prada), Jesse Eisenberg (The Social Network), Black Eyed Peas' Will i Am, Jamie Foxx (rapper and actor) and, to make Brazilians happy, our very own Rodrigo Santoro (300 and Love Actually), this flick had everything to be a hit.

Soundtrack: If it is not quite right, it puts me off a movie like you have never seen. I am happy to report that "Rio" has definitely hit the mark. Whoever did the research was good at it and you will be able to hear a combination of English/ American songs as well as very traditional Brazilian styles like Samba and Bossa Nova. You will also hear all the well known songs assimilated to Brazil like "The Girl from Ipanema" and Black Eyed Peas' "Mas Que Nada".


Plot: The story is as solid as a kids' movie can be. Obviously, unlike the movie, there is no way a Samba School would put some unknown girl as the highlight of they allegoric car or that someone would be able to enter a random last minute display to this really though competition. Oh yes, make no mistake, Carnival is a competition in between Brazilian Samba Schools like a mini World Cup (to read more about it click here). On the other hand, I think they have pretty much nailed the very Brazilian "malandragem" (mischievousness), easy laid back "nothing is a problem" attitude and madness for partying. The Toucan family was most certainly very close to what a real Brazilian family is like!!! And the panoramic views are definitely true to the real thing. The humour is clever and adults will laugh at it too, unlike some kids' movies where, as an adult, you feel you are being tortured.

My favourite scene was the birds song at the beginning and the end. To me it shows exactly what it is: a Latin blood thing. It is also very true that you learn while still in the crib! I remember my dad teaching me how to dance by having me stand on his toes as soon as I learned to walk. My daughter had the same from my brother, sister and me.


In short, I would most definitely recommend it. If you feel a little odd going to watch a kids' movie without having children of your own... borrow a nephew, nice, cousin or neighbours' children to have an excuse to watch it. It is definitely worth the effort.


OUT OF CURIOSITY: If you liked this movie, you will also enjoy "The Incredibles" and "Rango".