Book-Turned-Movie ~ Life of Pi has a new Trailer

Life of Pi by Yann Martel is one of my favourite success stories.

Its manuscript was turned down by five UK publishers before being signed by a Canadian one. It has since featured on World Book Night 2011, won the prestigious Man Booker Prize award and been released as an illustrated novel, to name but a few of its achievements.

As if that wasn't enough, it's now set to become a blockbuster. Its film adaptation hits the big screen on December 21st, a fitting time for a book with a spiritual backbone. And if the movie is as amazing as the trailer looks, I can't wait to watch it.

I haven't read this book yet, but everyone tells me it's brilliant. What about you? Have you read Life of Pi? Did you enjoy it?

If like me you haven't, you can read the long, spoilers free description of it over at Goodreads by clicking here.

British DJ and composer Andy Hunter has just released a new EP - Glow, but Fade is still my favourite track, despite the fact that it's part of his 2008 album - Colour.

Cathy Burton does a great job as the ethereal voice behind the gorgeous vocals and the song is so haunting at times that it gives me the chills. Then it picks up with an inspiring message in the chorus. Love it. 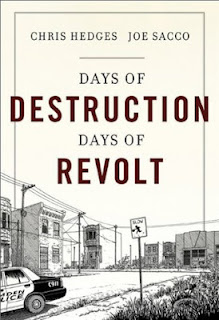 There is no dispute that books can be extremely thought provoking, and therefore they inspire change. This is exactly what Days of Destruction Days of Revolt is about.

Pulitzer Prize winning journalist Chris Hedges and cartoonist and American Book Award winner Joe Sacco teamed up to raise awareness for a pressing issue: the ever-growing pockets of severe poverty in the US. Places so on the edge of "living the dream" that you wonder if they have not fallen into the nightmare abyss all together. Now, apart from being a very worthy cause, there is another interesting aspect to it. How they deliver the message - in the form of a graphic novel.

I find it quite refreshing and somewhat rule breaking. Not only because they are talking about a subject of concern that demands a full awareness campaign, but also the fact they decided to do it in graphic novel format.  Yes, a graphic novel - something most literary snobs wouldn't even look at, and a style that is not taken as seriously as it should. Thankfully, that has been changing in the last few years.
Click here to read more >>
2 comments: Links to this post

British band Mumford & Sons are the ones behind the beautiful soundtrack to Andrea Arnold's Wuthering Heights film adaptation (read my review here).

Now, I didn't use to like folk music, but these guys have changed my perspective. Enemy, the main soundtrack for Wuthering Heights, is as raw and charged as the novel. When listening to it, you can't help but feel the slow pace and imagine the bleakness and beauty of the Yorkshire Dales. 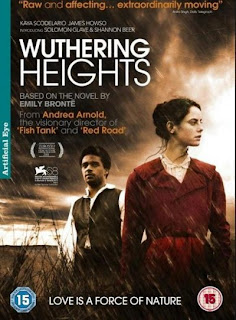 Andrea Arnold's version entered Cannes Festival last year causing some commotion for many reasons. The most noticeable of them, perhaps, was that she had turned Brontë's Hispanic gypsy anti-hero, Heathcliff, into a black runaway slave and by default made the issue a racial rather than a class one. The other point of conflict was Arnold's free and strong use of swear words, which, without a shadow of a doubt, would have made Emily Brontë lower her head in shame. And not even get me started in the animal killing scenes that had a non-pet or animal lover like me cringing.
Click here to read more >>
2 comments: Links to this post 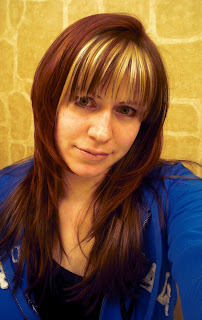 To finish our spread in the Foreign Identity Blog Tour I have been honoured with the opportunity to interrogate the lovely Becca Campbell. ^_^

And here is what I asked her:

1.       Thanks for asking me to be part of your blog tour. I really enjoyed your book! Foreign Identity is your first novel and at the moment it pretty much has 5 stars on Goodreads (and certainly on my blog - read my review here), how does it feel to see your first work hit such high marks?
It’s been pleasantly surprising. Of course I love the story, but I didn’t expect a first work to do so well. I’m overwhelmed and excited by all the great ratings and reviews it’s been getting. Now we just need to spread the word and tell more people about it!
2.       In your blog you said the idea for the novel was scribbled on a church handout. How did the idea actually come about?
Click here to read more >>
No comments: Links to this post

Look what I received this week!

In Leah's Wake is the heart-breaking story of a family torn apart by the teen daughter's behaviour. I have to admit it sounds horribly familiar to me, hence why I wanted to read it. I'm still apologising to my mother for all the heartache I caused her. *_*

Having said that, I can't wait to read a similar story from the other side's perspective. No doubt it will make me want to die with regret. Insight is a wonderful thing.

Labels: In Leah's Wake, In the Mail, Terri Giuliano Long

Wow! I can't remember the last time a book made stay up until some ungodly hour because I couldn't put it down. 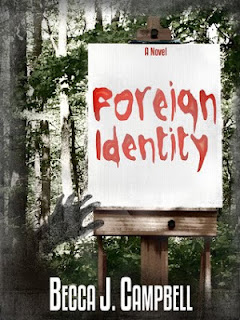 SYNOPSIS
"Waking up without your memory is terrifying. Even worse when you wake up in a cell and bound by chains.

Two nameless strangers, a man and a woman, find themselves imprisoned together. With no memories of their own identities, let alone their captor and tormentor, escape is the only option. The pair faces a bizarre labyrinth of rooms and clues that confuse more than they explain.

Will the answers be enough? Will the truth bring them closer or tear them apart, and will discovering their identities finally bring them home?"
Click here to read more >>
3 comments: Links to this post

The Foreign Identity Blog Tour has reached us! Herray!!! Welcome Becca Campbell fans and blog tour followers. I hope you enjoy your stop.

To make things more interesting, and after reading reviews from other bloggers proclaiming how hooked they were on this novel, I decided to set myself the challenge of reading this book in one day *wipes sweat from eyebrow* and I intend to take you guys with me, so I'll be posting snippets of my favourite scenes - without giving too many spoilers, of course.

Hopefully this should wet your appetite for the review tomorrow and the interview with Becca later in the week. ^_^ So keep on popping back throughout the day if you want to read more teasers. I'll try to update it every couple of hours.

I hope you enjoy it as much as I am doing! 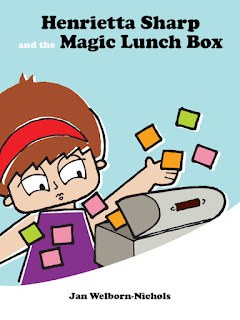 A book for children with a very powerful message.

SYNOPSIS:
"Twelve-year-old Henrietta Sharp is smart, funny and likes to read the dictionary. But all she really wants is to be normal, a normal size that is, like her fashion-minded best friend Taffeta Bloom. That’s life before a magic lunch box (LB) mysteriously appears and tells Henri that she is a Traveler, someone who can summon portals and travel the universe." (Goodreads)

British singer-songwriter Jessie Ware is better known for her vocals to the beat of DJ SBTRKT - also featured on Music Mondays (hear it here) - but Wildest Moments is her new single and it has just hit the radio. This is the remix version by Star Slinger.

I really struggled to pick just one song from Ware's repertoire. I love all her songs! So if you have a minute, also check out her singles: Running, 110%, her collaboration with Sampha in Valentine and, of course, the original version of Wildest Moments. Amazing chill out music! That will be another CD for my collection. ^_^

I love her style, voice and the sexy beat of her songs. Girls, check it out and take note.

Next week is full of exciting things, one of which will the the Foreign Identity Blog Tour, and we are part of it, of course!

From the 10th of July onwards there will be a series of reviews, giveaways and interviews all over the net. So check it out and take part. Here are the dates and links for you:

Interviewed by The Edge

It's my pleasure to shout about my interview with the Edge, which went live on their site today! Read it here.

The Edge is a group of authors with two things in common: they are all YA (Young Adult) writers and they use real life issues as inspiration for their books - things like alcoholism, the search for identity, pear pressure, knife crime and others.

Dave Cousins, author of 15 Days Without a Head (read my review here), is one of them and he is the one who invited me to be "interrogated", as he calls it. ^_^ I had a great time!!!

So check it out and check the other authors as well. They are doing an amazing job raising awareness for the issues teens face every day and giving young people something to think about.