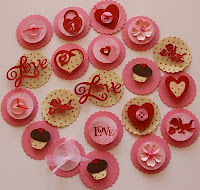 Since it's Valentine's Day I decided to get a little romantic and talk about my favourite "book couples" and all the moments that made me squeak in anticipation even though they were not actually happening to me. I felt as if they did, though. Yeah, you know these... When the hairs on your arms stand up, your eyes become wide open, your mouth opens, your breathing accelerates and you heart pounds... And the characters you have been following for the entire book finally, and I say it again, f.i.n.a.l.l.y. get it together. Thank God! The tension was killing you! Yep. Those. Here are my top three...


1. Jace & Clary - City of Ashes
*at this stage they are avoiding each other, but Clary is stuck in the Seelie Court and the Fairy Queen tells them that to set her free she must receive the kiss she desires the most*

"That's right" It was Jace. Clary saw him, at the blurred edge of her vision, as he moved toward her and put a hand on her shoulder, turning her to face him. "It's just a kiss," he said, and though his tone was hash, his hands were inexplicably gentle. She let him turn her, looked up at him. His eyes were very dark, perhaps because it was so dim down here in the (Seelie) Court, perhaps because of something else. She could see her reflection in each of his dilated pupils, a tiny image of herself inside his eyes. He said, "You can close your eyes and think of England, if you like"
"I've never been to England," she said, but she shut her eyelids. She could feel the dark heaviness of her clothes, cold and itchy against her skin, and the cloying sweet air of the cave, colder yet, and the weight of Jace's hands on her shoulders, the only thing that were warm. And then he kissed her.
She felt the brush of his lips, light at first, and her own opened automatically beneath the pressure. Almost against her will she felt herself go fluid and pliant, stretching upward to twine her arms around his neck the way that sunflower twists toward light. His arms slid around her, his hands knotting in her hair, and the kiss stopped being gentle and became fierce, all in a single moment like tinder flaring into a blaze..."

"She turned away, quickly, squeezing the bottle and squirting honey on the counter. "I didn't mean anything. Too much flirting lately, and that call, and... I know you probably have a dozen girls you could call. I'm just tired and..."
"Hey." His hand was on her shoulder, trying to turn her to face him. "There's no one to call or anything else. Just you. No one for the last seven months."
He tugged gently on her shoulder again. "There's no one but you in my life."
She turned, and they stood there. She stared at his shirt; there was a button missing. She clutched the bottle of honey until he pulled it out of her grasp and sat it down.
Then he kissed her.
She stretched up on her tiptoes, tilted her head, trying to get even closer. Seth slid a hand around her waist and kissed her like she was the air and he was suffocating. And she forgot about everything; there were no fairies, no Sight, nothing - just them.
He lifted her on to the counter where she'd sat and talked to him countless times. But this time her hands were in his hair, wrapping her fingers in it, pulling him closer."

"... "Why are you so careful with me, Sam Roth?"
I tried to tell her the truth. "I - it's - I'm not an animal."
"I'm not afraid of you." she said
She didn't look afraid of me. She looked beautiful, moonlit, tempting, smelling of peppermint and soap and skin. I'd spent eleven years watching the rest of the pack become animals, pushing down my instincts, controlling myself, fighting to stay human, fighting to do the right thing.
As if reading my thoughts, she said, "Can you tell me it's only the wolf in you that wants to kiss me?"
All of me wanted to kiss her hard enough to make me disappear. I braced my arms on either side of her head, the door giving out a creak as I leaned against it, and I pressed my mouth against hers. She kissed me back, lips hot, tongue flicking against my teeth, hands still behind her, body still pressed against the door. Everything in me buzzed, electric, wanting to close the few centimetres of space in between us.
She kissed me harder, breath huffing into my mouth, and bit my lower lip. Oh, hell, that was amazing. I growled before I could stop myself, but before I could even think to feel embarrassed, Grace had pulled her hands out from behind her and looped them around my neck, pulling me to her.
"That was so sexy" she said, voice uneven. "I didn't think you could get any sexier."
I kissed her again before she could say anything else, backing into the room with her, a tangle of arms in the moonlight. Her fingers hooked into the back of my jeans, thumbs brushing my hip bones, pulling me even closer to her.
"Oh, God, Grace," I gasped, "You - you greatly overestimate my self-control."
"I'm not looking for self-control."

So there you have it... The three book moments that make me blush! What are your top three?