Hollywood and the "English Language Remakes" 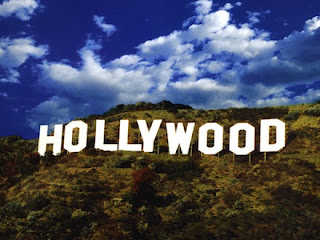 I love films almost as much as I love books. I love them even more when I get to see my favourite books portrayed well on the big screen, although, in my humble opinion, no movie has ever been better than the book it is based on; simply because there is a limit to what you can do in two hours. A book allows you to know the characters and the story into a lot more detail and depth than a movie ever could.

I'm no expert, but Hollywood finds inspiration for its films in all sort of things: real life stories, books, plays, one-off scripts and other movies. Yeah, you read it right. Hollywood has been remaking movies for years. Making new versions of original American movies and making "English Language remakes" from foreign ones. France is the big favourite with films such as Taxi, The Age of Reason, Unfaithful, LOL (still in post-production) and many others... All being remakes of French movies. And then you have the little hidden treasures like Sweden with films like Let Me In and The Girl with the Dragon Tattoo (currently being filmed) being copied.

Back home in Brazil, and I have to qualify because I also call England home, there is a big influx of American films. You can watch it with subtitles or voice-over and nobody really thinks much of the fact the film is an "import". It would work the same way for movies from any other country, although America is the primary source. The same happens in the UK. We showcase and screen a wide variety of American movies and, again, there is no alarm bells going off over the fact that, to us, they are foreign movies. It is, of course, largely to do with the fact America is the home of the current "Major Six" - the biggest movie studios and distributors - and was also the stage for the cinema Golden Age (1930s and 1940s). It is still where most films are currently produced, or should I say... banked, and it is, broadly speaking, from where motion pictures set off on its mission to world domination and became the cinemas we know today.

But I am still curious... why is it that when another studio from another part of the world produces a gem instead of celebrating it, like we celebrate Hollywood movies, American studios feel the need to remake it?

Well, there are many explanations for that. The most common is "the fact Americans are not keen on foreign movies and a good number of the them have never watched a movie with subtitles". That is why they are called "English Language remakes". Right... I am assuming that is precisely why they feel the need to also remake British movies like "Death at a Funeral". Some of the remakes, like Let Me In for example, copy the original's scenes on a shot per shot scale, so why don't they just voice-over it like they do with American movies in many other parts of the world? Well... That does not work over there either. "Foreign movies just do not attract the numbers and the amount of money involved in marketing and launching them makes the whole operation a high risk one". Film distributors are just not so keen in high risk projects when they have home-made jackpots in their reach. Who can blame them? The solution? To remake the movie completely.

Surely it would cost more to produce, film and pay royalty to every: 1. actor, 2. director... 1000. camel, 1001. parrot that appears in a remake version, but apparently, it would generate more revenue than a foreign film. Right... Well... Then I can only assume that the remakes are better than the originals, right? Ah... No. Not right. I am yet to see a remake that is better than the original. Let's not get into THAT argument.

And here is where I come around full circle. What is the point of remakes if they are not really cost effective, better or different from the Originals? Why can Hollywood just not resign to the fact that someone else somewhere else in the world also has talent and good ideas?