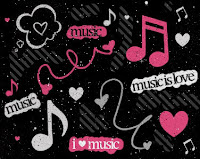 Music is a big part of my life and it's not only a form of writing, but it also inspires me to write. Music Mondays is the part of the blog that celebrates music. Especially, although not always, British artists. I hope you enjoy!

This week, if you don't know it already, I would like to introduce you to 'Don't Go' by Wretch 32 featuring Josh Kumra. Wretch 32, also known by his mother as Jermaine Scott, is a British rapper from London. He has done quite well this year being nominated for the BBC Sound of 2011 and the MTV Brand New for 2011 awards. And Josh Kumra is a young British singer songwriter from Swindon. Funnily enough, I lived in Swindon for awhile back in the days.

If you are not into rap, don't let it put you off. This is a great track! The mixture of Wretch's strong Londoner yet smooth rap and Kumra's fab vocals makes for an iconic song that will not leave your head. What do you think?

Don’t go
I don’t know where you come from
But you’re everywhere I go
I don’t know why you chose me , (why me)
But as long as you’re here
I don’t need to know
So don’t’ go
Yeah, when I got introduced to ya,
I knew I’d be true to ya
Everyone wanted a piece
you whispered to me that its sweet 'cause its me you love
And I feel it in my soul
It’s like you’re always with me on the road
Phone in my hand while I listen to you moan
And everybody in the car want to try and get involved

Yeah, then you make a silly tone puppy love now I'm like give a dog a bone
Shut me up how I can breathe another flow
Our loves concrete we should leave a setting stone
Yeah and whenever I’m in doubt, you forever calm me down
And sometimes I’m a dummy and I know would've crashed if you never was around

CHORUS:
So don’t go
Don’t leave
Please stay
With me
You are the only thing I need to get by, get by
Yeah I spend a little change on you
But you always give it back
thats how I know you ain’t here for the money
you just wanna see me be the man
so I earnt my respect like a true gentleman
all the rumors were capital irrelevant
we should get three two emblems
and I give my life to you that’s a street settlement

yeah I feeling ever so emotional
‘cause I never had nothing when approaching you
Sitting with a straight face on a poker move
That’s why a song like this has been over due
Due over time, time over
Love drunk you and I would die sober
I’m in this for forever and a day
That’s why anywhere I go, they’ve got to put you on a plane
CHORUS