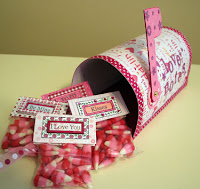 I was thrilled when I was asked to review an ARC copy of Stealing Phoenix. And a couple of days ago it finally arrived!

ARC stands for Advanced Reading Copy or Proof Copy. Basically, I'll be reading this book before it is even in the shelves for sale. I'm so excited I could bust at the seams!

In Finding Sky, the first book of the series (read my review here), we were introduced to the seven Benedict brothers and the story pivoted around Sky, the girl with no memory of her past, and Zed, the younger brother. In Stealing Phoenix is Yves' turn to take the spotlight.

The Benedicts are all gifted savants who use their gifts to help the police solve cases where the trail has gone cold. Here is the catch: according to Stirling's story, savants have a destined soulmate born around the same time as them somewhere else in the world. A little like the other weight on the other side of the scale, the other savant of a pair works as a balancing force.  Together, they keep each other grounded and they powers are stronger. When they do not find their other half of the apple, and the probability is that they won't, a savant runs a big risk of running rough.

Here is a little taster of Stealing Phoenix for you:

"The notion that there is a soulmate out there for every person with a paranormal gift is mere myth is Phoenix's world. Phoenix was raised within the Community - a gang of thieves with paranormal powers - under the control of a harsh master known as the Seer. Leaving the Community is unheard of. But when the Seer gives Phoenix details of her next target, Yves Benedict, she soon realises that he is much more than just her next victim. Yves is her destiny. To be with him, she must break away from the Community, but resistance against the Seer puts them both in mortal danger. Phoenix has never trusted anyone before, now it is time to trust Yves with her life."

A few moons ago I interviewed Joss Stirling (read interview here) and, being very cheeky, asked her for an exclusive teaser of the upcoming book. And here it is! Thanks Joss, Jennie and Liz (over at Oxford Publishing) for spoiling us! I will be releasing another teaser in August, so if you are a fan of the books, stay tuned! Stealing Phoenix is due for release on September 1st.

"As the boy looked up, I made my move.
Reach for their mental patterns...
They were whirring away like so many beautiful kaleidoscopes, ever shifting. Then...
I stopped time.
Well, not exactly, but that's what it feels like to be on the receiving end of my power. What I really do is freeze perceptions so that no one notices time passing - that's why I need small groups in enclosed spaces."

Labels: Book Teasers, In the Mail, Joss Stirling, Stealing Phoenix, To Be Reviewed