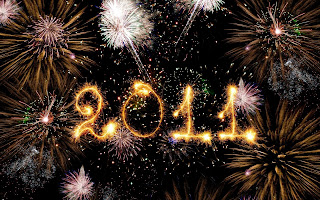 2011 is on its way out. What a year! While everyone reflects back on what happened this year, I reflect back on the books I've read... 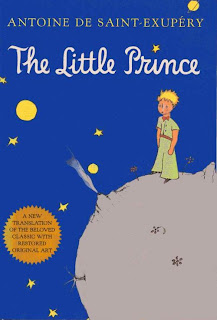 Right up there at the top spot, it has to be The Little Prince by Antoine De Saint-Exupéry (read my review here). This is my all time favourite. Even though for a child it's just an adventure, for an adult - reading in between the lines - it is such a critique in today's society and values, it becomes hard not to question your own priorities.


SYNOPSIS:
The Little Prince meets the main character, an aviator that has crashed in the desert just like Exupéry himself, during his travels from his home planet B-612. During his journey to Earth, he comes across an array of people and planets, each of these encounters becoming an adventure to be told and a lesson to learn. Finally he tells the pilot about his love for the rose he left back in his planet and decides to go back home. A beautiful adventure for children - a hard lesson for adults. Definitely worth reading at any age.


Because The Little Prince would be my favourite any year, I decided to also nominate a new book I read this year for the top spot. I know, it IS cheating, but I've read The Little Prince many times over the years and, like the Oscars and MTV, I feel the need to have a 'Best New Talent' category. 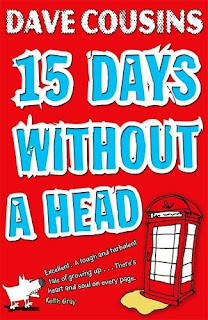 That crown just has to go to 15 Days Without a Head by Dave Cousins (read my review here). Now, here is a book that took me by storm completely. Such a heart-breaking story! Because of the fact it's based in a very current and real issue, I didn't think I would enjoy it. But Dave Cousins did an amazing job at keeping my head above the waters of sorrow with amazing characters, sweet romance and a great sense of humour. It's a MUST for any YA book lover.


SYNOPSIS:
Fifteen-year-old Laurence Roach just wants a normal life, but it's not easy when your mum is a depressed alcoholic, and your six-year-old brother thinks he's a dog. When Mum fails to come home one night, Laurence tells nobody, terrified he and his brother will be taken into care if anyone finds out. Instead, he attempts to keep up the pretence that Mum is still around: dressing up in her clothes to trick the neighbours and spinning an increasingly complicated tangle of lies. After two weeks on their own, running out of food and money, and with suspicious adults closing in, Laurence finally discovers what happened to his mother. And that's when the trouble really starts ...A compelling thriller filled with some hilarious and surreal moments. Fifteen Days Without a Head is a tender, honest story about family, forgiveness and hope. 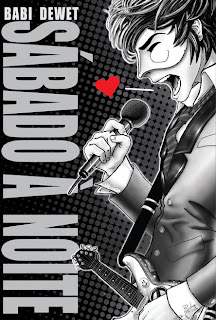 Next up on the second spot is Sabado a Noite (Saturday Night) by Brazilian author and black belt blogger Babi Dewet (read my review here). And I have good news! Although Babi started as a self-published writer, she has now been signed by a publisher, which means her book could be on its way to us here in the UK! Congrats lovely!!! This story had me reading parts of it over and over again days after I'd finished the book and reminiscing in all the dramas of my teens - the angst of first love and teen hormones. I really, really hope she writes a sequel. The end is such a cliffhanger that I want to know what happens next!


SYNOPSIS:
Written in Portuguese and set within an International and High Class Brazilian, this book follows the story of Amanda & Daniel, as well as their friends, through one of their last years of high school. Amanda has it all: rich, beautiful and surrounded by equally posh and beautiful friends. She's at the top of the food chain. But she falls in love with trouble-maker Daniel and to make matters worse one of her best friends likes him too. Not to mention the mysterious band of masked boys that plays at the school's Saturday Club Nights and seems to know too much about her.


On the third spot there are two books. Ok. I AM cheating again, but I honestly could not decide in between the two. One has been on the top of my reading list since last year. The other has become my favourite series this year. 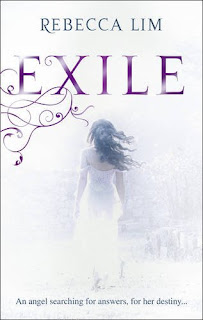 Firstly, Exile by Rebecca Lim (read my review here). Well, you can pretty much add the whole series to this spot. Rebecca is the queen of plots that unfold in a really nice pace, but them reach climax just before you reach the last page and leave you hanging dry, crying your eyes out, begging for more. If I had an award *light bulb - ideas for next year* she would be crown the queen of cliffhangers.


SYNOPSIS:
Exile is the second book in Rebecca Lim's ‘Mercy’ series. It tells the story of Mercy, a girl with no memory of who she is or why she finds herself waking up in the bodies of complete strangers. What links all the broken and fragile fragments of her memory over all her lives is not only her quest for the truth, but also two boys: Luc, the love of her life, who is a she is and is hiding something from her. And Ryan, the mortal she met on the first book - Mercy - and fallen in love with, who will search for her through all her existences. The central plot is Mercy's search for the truth of who and what she really is and her past. However, within each book there is another story. As she takes the form of someone else, she has to live their lives for as long as she occupies them and that could not be any more complicated than when you wake up as someone else somewhere random. 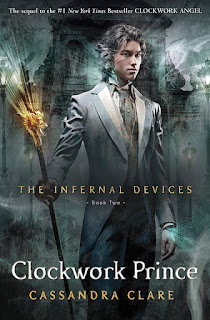 Last but definitely not least, is one I have just finished reading, but haven't even reviewed it here yet: Clockwork Prince by Cassandra Clare (read my review here once it goes live).


Now, I'm not usually into period drama or steampunk, but Cassandra Clare has converted me. Clockwork Prince is the second book in the Infernal Devices series and it precedes one of my all time favourite series - The Mortal Instruments.


Clare's writing is entertaining, witty, funny and goosebumps worthy. There is a lot more kissing going on in this book as well, which is always a winner with me, but more than anything, Clockwork Prince made me realise how strong and deep buried emotions and desires can be. Victorian times all of a sudden sounds really interesting when there is so much emotion going on, but 'one must restrain them and not take the liberty to show them in public'. Needless to say, it makes for very explosive scenes.


SYNOPSIS:
Still reeling from her terrifying confrontation with the Magister and her brother's betrayal, Tessa Gray is drawn ever deeper into the Shadowhunter's dark underworld of demons and danger. In a desperate attempt to help her friends, Tessa tries to uncover the truth about the Magister and learns that he blames the Shadowhunters for the murder of his parents nearly a half century ago. Determined to unravel the secrets of his past, Tessa, Will and Jem journey to mist-shrouded Yorkshire, only to encounter corrupt Shadowhunters more intent on burying the past than finding the Magister - a past that holds the key not only to the enemy's motivations and weakness, but to the secret of what Tessa really is and what she was born to do. Meanwhile, Tessa's feelings for Jem and Will are growing more complicated, and soon she is forced to acknowledge that any choice she makes will either save the Shadowhunters of London or end them forever. As their dangerous search for the Magister and the truth leads the friends into peril, Tessa learns that when love and lies are mixed, they can corrupt even the purest heart.

So here you are: my top three books (well... five, really) of 2011. What were yours? Which books would you most definitely recommend to friends and family? Please do comment below as I am always in the lookout for good reads.