An alien fiction that manages to mix a little bit of Harry Potter, Man in Black and I'm Number Four and still come out with its own voice. 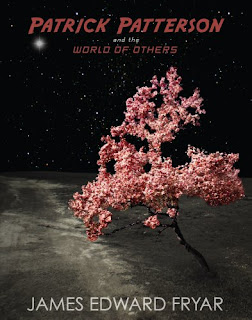 SYPNOSIS
"For almost thirteen years Patrick Patterson has lived a quiet simple life in a tiny town at the edge of Texas called Farwell. Then he is whisked away by a group of warriors across the United States to discover his true identity and a destiny clouded in mystery. Never in his wildest dreams did he think that he'd walk through an underground city filled with citizens from across the universe, contend with powerful enemies from the edge of the galaxy, or travel to the Arctic Circle on a high speed train. Now, he must decide what he truly desires and whether he even wants to take up the mantle of hero...or alien.”
REVIEW
Like Harry Potter, Patrick Patterson and the World of Others starts by telling the story of Patrick and his miserable life in Farwell. But then he's attacked at his school (at this point I was thinking I'm Number Four) and everything changes. Patrick discovers he's an alien - or as the alien's like to call it, an "Other". And as the story progresses he might even be a little be more than just an Other.
It's hard to describe this book without giving the plot away. But I can tell you this: at the beginning I thought "sounds like a mishmash of other books or films I've seen" but then the story shifted into its own thing and progressed in a complete different direction.
Maybe it is just because this is the first book of a trilogy and Patrick Patterson is still finding out who he is, but I found the pace of this book fairly slow. There are action scenes in it, don't get me wrong, but there also a lot of background stories that need to come to light so Patrick can understand what and who he is. The side effect is that these 'flashbacks' or 'catch-ups' slow down what is currently happening in the plot.
The prose is smooth and interesting, but like I did with I'm Number Four, I just couldn't connect with this book! There is a moment towards the end that should be very sad and have me in tears or outraged, but it just... didn't. There is another little inconsistency that nagged at me: in the story, Maka is a giantess. But funnily enough, she fits in average size cars and rubbish shoots. *scratches head*
Having said all this, Fryar does an excellent job of creating a very strange, yet cunningly disguised alien world which, according to the plot, exists right under our noses. And the descriptions of it are so well done that I actually wondered if he had any of the characters or locations drawn by an artist or inspired on something real.

If you are into alien stories, conspiracies, or if you liked Man in Black, you would definitely like this.
Book Rating: ***
To check the rating system click here.

Labels: Book Reviews, James Fryar, Patrick Patterson and the World of Others