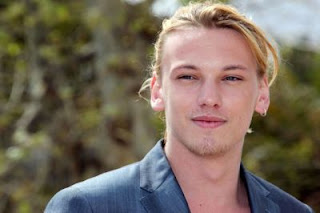 The wait is over! After weeks of commotion on Twitter and Facebook Screen Gems has finally confirmed it has picked the one.

British actor Jamie Campbell Bower has been chosen to play Jace Wayland in the movie adaptation of Cassandra Clare's novel "City of Bones". Alex Pettyfer, another British actor, was once the fan's favourite for the part but had later fallen from grace. Personally, I'm thrilled! Campbell has the deep, possibly menacing but interesting looks Jace is meant to have. It's no wonder he plays a vampire in the the Twilight saga, you know! And judging by his performances on other films and TV series, albeit they were all smaller roles, I am hoping he will be able to pull off this troubled and quick witted character. Campbell will also be sharing the lead with actress Lily Collins who was cast to play Clary Fray, the main character in the books, a good few weeks ago.

City of Bones is hailed to be the next big book adaption after Harry Potter and Twilight, now that both of are getting to an end. Although the story lines are all paranormal, they could not be more different. Why pick in between fairies, werewolves, vampires, angels, witches and demons when you can have them all? My point exactly. As I am a big fan, I cannot wait to see this on the big screen.