Earlier this week I had the pleasure of watching the play STUFF, part of the 24:7 Theatre Festival happening in Manchester until the 25th of July (you can read my review of this play over at Lancashire Life Magazine). Curious about the idea and concept behind the play as well as the idea of writing for theatre, I just had to interrogate Mick Cooper, the playwright behind STUFF, and unveil the story behind the curtains. Here is the result: 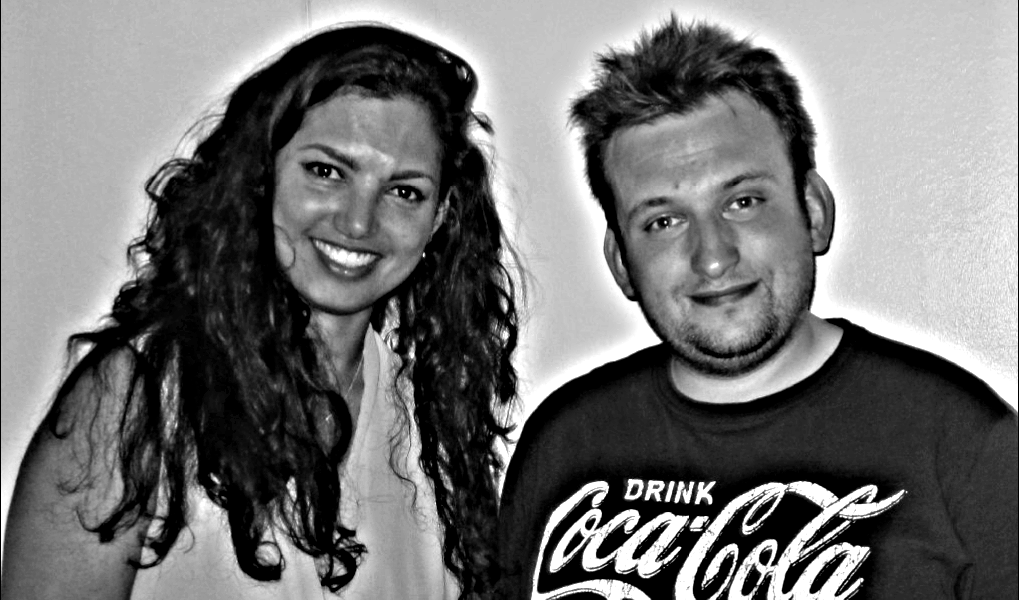 1. I understand you are not originally from Manchester, so how did you come to be in the North?

No. I'm originally from Basildon, Essex (hence my undying love for West Ham United), but I grew up in Morley, West Yorkshire, and went to university in Keele, Staffordshire. Manchester is a popular "post Keele" destination, so I moved here in 2004, post graduation, with several of my friends. Co-incidentaly, Keele was also where I originally met the man who would become the director of STUFF, Gregg Scott.

2. How did an English and Law student become an actor?

In my head, I was an actor well before being an English and Law student. I was a marvellous Vince Fontaine in Woodkirk High School's production of Grease! So I stayed an actor throughout my degree, performing with Keele Drama Society, then I joined Stockport Garrick Theatre post-uni and have kept working ever since.

3. Have you always written or was writing something you discovered later on?

I've always written, but it wasn't until last year that writing became my biggest focus. I was always concerned that my ego wouldn't allow me to not perform in the spotlight, but I've found watching my own work being developed by others to be quite a rush.

4. STUFF had three incarnations, originally called Standing in the Background then Waste Not/ Want Not, so you have worked on it for a while. What drove the editing and rewriting process?
What you see in STUFF was just the first scene of Standing in the Background. SITB was a much bigger story, panning almost a year. STUFF is almost an hour in real time. It's allowed the plot to be more focused and, hopefully, create a far tighter piece of theatre. I also kill off one of the main characters after 10 minutes in SITB, which has a fairly substantial difference and was a decision that I now regret! 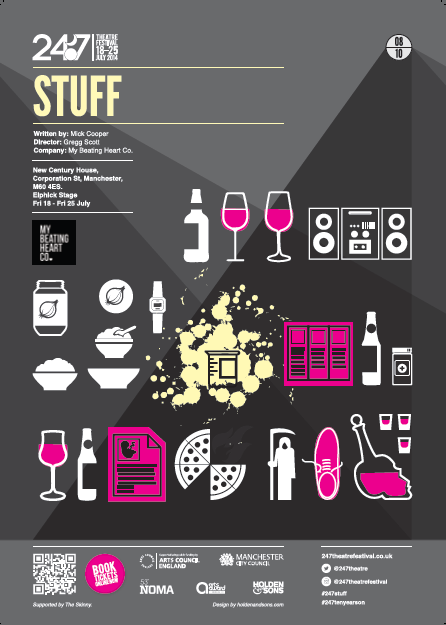 5. Writing can sometimes be a game of perseverance and stamina, but why did you keep on working in the same play rather then moving on to a new one?

To be honest, I didn't. After starting the play that is now STUFF, I also wrote 4-5 other plays, including Troll and Braving Faces, which I also produced and saw performed in theatre. I've lost count of the number of half-written scripts on my PC...

6. You are quite a prolific playwright, with now 3 performed plays under your belt - Troll, Braving Faces and STUFF (4 if you count Bloodaholic), where do you find your inspiration and what is your process of writing?

I'm a really impatient person. It's one of my worst flaws, but it's also the bit that makes me work. I tend to always be wondering about plots and "what-would-happen-if-this-was-a-play?" type of thoughts are a regular occurrence. So, due to my impatience, I react quickly, which makes a lot of my work very modern and of it's time.

7. One of the big debates in Creative Writing is plot planning. When writing a play, do you map the plot in advance or does the writing take you on a journey organically? Do you know what the outcome will be or does the story unfold as you write it?

Plot is hard! Actually, creating a plot is really easy, perfecting a plot is hard. I make up stories very easily, but during the writing process you realise that the plot either has holes, drags, or just isn't as dynamic as it could be. So it's a bit of both - the plot is planned out originally, but then twisted beyond recognition during the process. It's important to allow this to happen.

8. I gather you have written and rewritten some of your plays during workshops. What advice would you give to aspiring playwrights on writing and how to improve their skills?

Don't be afraid of change. Listen to criticism, but know your characters and story. Make sure everything has a pay-off. The word "just" is just pointless. Remember that the audience are smart and like to work things out themselves - there's no need to spoon-feed them. But above all else - and this is the most important - remember that this is entertainment.

9. Do you use any software/programs to help keep tabs on your writing ideas and plot lines? Can technology help the writing process?

I write on my phone. I have various saved text files with either bits of dialogue or plots, all the way through to full complete scripts. Most of STUFF was written on the 142 bus. It's a wonderful way to write, as it's so accessible. If you ever see me messing around on my phone, there is a strong change I'm working on a script.

10. How did you come about the idea for STUFF?

Friends of mine had a baby... I'm now officially at the age where every other Saturday there is a wedding or a christening. But after this baby was born, I thought, "what would happen if the father wasn't the father? Why would they be OK with this? Maybe the couple wants a different father? Why? Oooo! Maybe someone is dying?" and so on... The idea kept on getting twisted until I ended up with a dying polyglot hurling semen euphemisms about - as you see in STUFF.

11. On My Beating Heart Theatre's blog you mention releasing control over the production of the plays to someone you believe will do a better job. I suppose this is similiar to an author allowing the publisher to edit and launch their books. But after working on a play for so long, is it easy to release control or do you always feel a little protective of your work?

It's not something I would recommend other writers to do, as it's tough and very much a personal choice of mine. But theatre is collaboration. The joy I get watching actors/ directors do marvellous things with my writing, things I would NEVER have thought of, is a wonderful reward for the work that is put in. Plus, it means I can actually enjoy it too!

12. Finally, STUFF (then Standing in the Background) wasn't selected for last year's 24:7 Theatre Festival. What was the feeling when you found out all your hard work rewriting the play had paid off and it had been selected for this year's festival?

I'm won't lie, I did a small jig. A 18 stone fairly rough looking chap from Essex doing a jib was, I'm sure, quite a sight. But I was - and still am - genuinely delighted. I've been a massive fan of 24:7 for many years and it's great to be a part of the fine legacy of talent that exists in this Festival. David, Ian, Annika and the team can't do enough for the artists involved. It's very much living up to expectations. 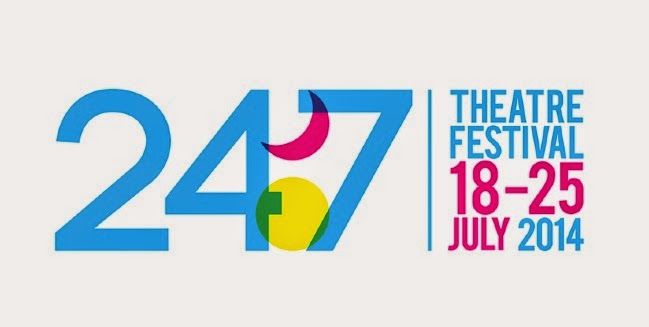 STUFF, together with 9 other plays, is at New Century House, Manchester, until the 25th July. I would honestly highly recommend a visit to the festival, not only for its originality, but also to support the new wave or amazing Northern playwrights. Tickets cost only £8 so don't miss out!