I'm back!!! Sorry for the little break in communication there peeps. Life keeps on getting in the way.

Moving on swiftly, before I start whinging about being busy with this and that and how much I missed blogging, I'm full of news so I'll try to make it short and sweet in order for you not to miss a thing!

First and foremost... Since I've missed Music Monday this week, here is the track of the week - Just a Touch by AlunaGeorge.

I must shout out to my cousin Babi for introducing me to the London voice and instrumental duo. The result is that I'm so in love with it, I have to share it even if it's not Music Monday per se. I hope you like it as much as I do! ^_^

It's no secret that books have become one of the hottest things on the big screen. My favourite series, The Mortal Instruments, is due to become another book-turned-movie franchise and this last week, it not only gained a teaser trailer but also a release date. City of Bones will hit the cinemas on August 23rd 2013. Watch this space!

Last Friday also saw the release of Twilight Breaking Dawn Part 2. In a Twitter Style review - The twist at the end is brilliant, go watch it! 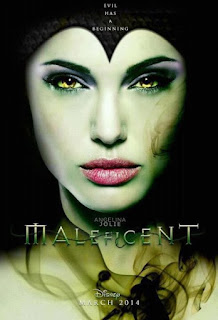 Cool book on the block at the moment is Cool, Sweet, Hot, Love by Erin McCahan, which hasn't even hit the shelves yet as it's only due to be published in 2014, has already had its movie rights acquired by Warner Bros. Being a student of Linguistics myself, this is one book I want to read as it’s about a lover of linguistics,  female teenage genius wanting to know what the four words - cool, sweet, hot, love - mean to the various groups of people she comes in contact with. And that's an interesting thought... What would these words mean to you? Or what is the first thing that comes to your mind when you think of them?

Another one getting a movie makeover is fantasy novel Shadow and Bone by Leigh Bardugo, which has bagged Dreamworks, the ones behind the Harry Potter movie adaptations, as its producers.

Disney's Sleeping Beauty is also getting a movie touch up. The 1959 fairytale classic will be reborn as Maleficent with no one other than Angelina Jolie playing Maleficent herself. The first pictures to emerge of the new adaptation look amazing!

Finally, and just in case you missed it, Penguin and Random House have merged to become the biggest publishing house ever seen. Together they will account to for 25% of the book sales in the UK and one of the reasons for the merge was to increase the publishers' presence in other countries including Brazil. While this is clearly a strategic move, the maneuver was received with skepticism on Twitter.  Read more about it here.

On a more light-hearted note, did you see Writer's Digest diagram of how to write a book? It's hilarious, but so true!!! 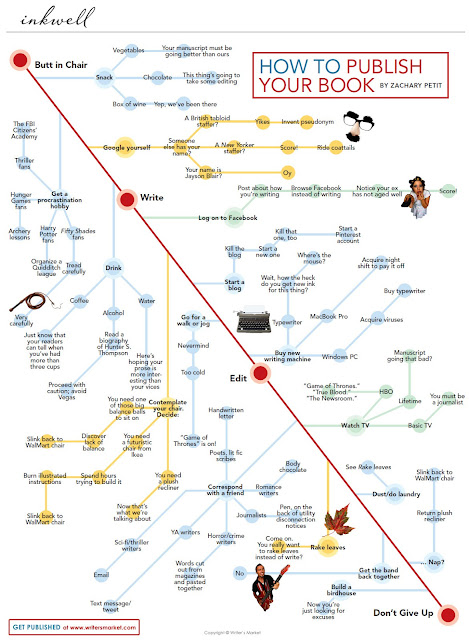 There is a lot more to talk about, but I'll try and spread the overload of info over a few posts not to fry anybody's head, including my own!

I hope you guys have a wonderful week and it's great to be back. :)